Well, I’ve been mute on these pages since the election in early November. And I don’t really have a good excuse other than the events we are watching play out in this country seem to be pulled more from the pages of a fiction novel than from reality.

Even though I won’t get universal agreement on this, it’s a safe bet to say that Joe Biden will be our next President, whether the current Doofus-in-Chief ever concedes or not. 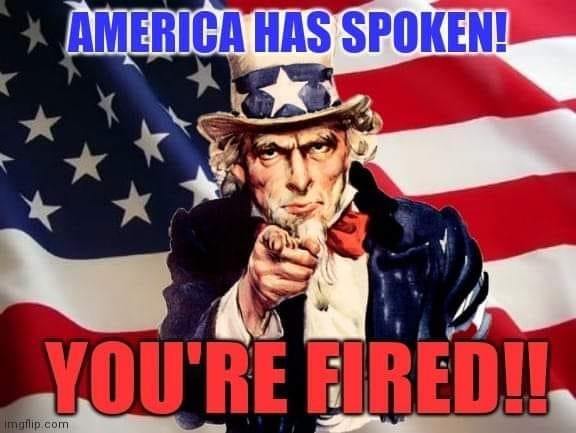 Trump and millions of his supporters continue to press the case that the election was rigged, with the current occupant of the White House getting the short end of the stick. Unfortunately for this gaggle of armchair legal and constitutional experts, Trump’s crack legal team has not produced any evidence that supports their claim of fraud.

And let’s be honest. Trump’s legal team is an embarrassment. Even Trump apparently agrees with this assessment. Here’s from a report via CNBC:

Admittedly, it’s not hard to make Trump look bad. But his legal gurus are doing everything they can to cement his legacy as the worst President in recent memory, if not in history.

Anyway, elections, as Obama told McCain as they battled over health care, have consequences. And the consequences of Trump’s refusal to concede and help the transition are very real. For instance: (1) the USA used to be viewed as the world’s greatest democracy; now our position in the world pecking order can’t be much above a Banana Republic; (2) the Biden and Harris team should be getting daily national security briefings; just because Trump apparently can’t read or understand them doesn’t mean that they aren’t important; and (3) there needs to be coordination between the two administrations that allows us to take immediate steps to get this pandemic under control.

Okay. I know that Trump and his Republican lackeys have poisoned the well of public opinion on this. Their supporters believe this pandemic is a hoax, despite more than a quarter million deaths and counting in the USA. And they have encouraged millions to view wearing a face covering and taking steps to social distance as being an attack on their personal liberties.

Like I said previously, this all reads like something from a bad fiction novel. And it’s hard to turn the page when crackpots like Rudy Giuliani continue to dominate the airwaves, spouting unfounded legal conspiracies and dripping with hair dye. 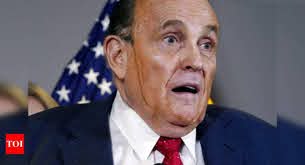 It appears that Rudy would have been better off staying in the hotel room with Borat’s daughter. I digress.

In any event, it looks like we are starting to inch our way to some resolution of these national issues.

The General Services Administration is allowing the apparent winner of the election (that’s Joe Biden, in case you are still confused by all this) to get the resources he needs to begin the necessary transition.

And Rudy’s position in history has been pretty much assured.

As Trump would say: Sad.