This has been a week of memorials and tributes to John McCain, the Vietnam war hero,  Republican senator from Arizona and presidential candidate who died at 81.  Senator McCain served his constituents and the nation with honor, dignity and integrity. 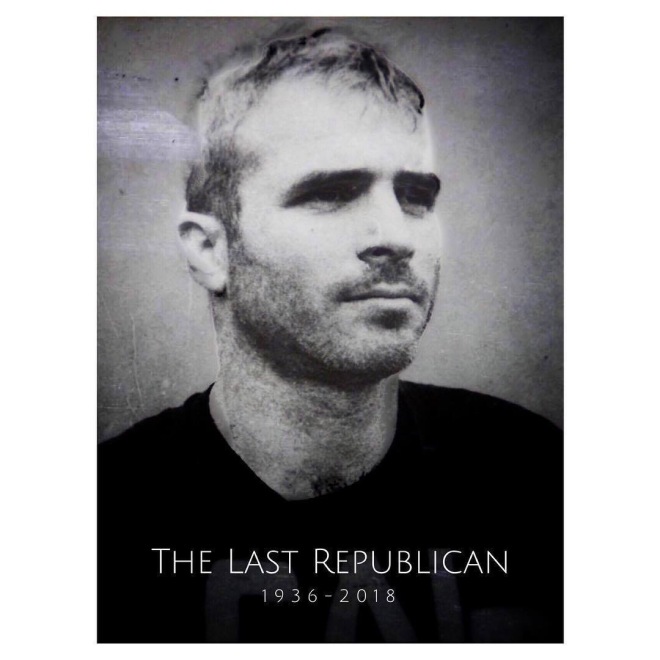 I used to consider myself a moderate Republican. No more, since the Republicans have abandoned any notion of compassionate conservatism to become a party consumed by corruption, racism and greed. And it amazes me that the people in this country who need help the most continually back the candidates who are determined to make sure that they don’t get it. Go figure.

Senator McCain admitted that he was far from perfect. And I agree. But my sense was that he tried to do the right thing by basing decisions and actions on what was best for the country and not for his own personal gain.

Still, McCain was not liked or respected by many Republicans who believed he wasn’t conservative enough. I guess they feel better now having Douchebag Donnie sitting in the White House, watching Fox News and waiting for the Mueller subpoena to land on the doorstep. And this is all happening while the current Republican leaders in Congress and elsewhere are milling about like innocent bystanders at a train wreck.

So we can say goodbye to the Republican Party at the same time we honor and bury John McCain: The Last Republican.