Well, I guess unless you are Jeff Bezos or one of the other billionaires who have made a financial killing off of the pandemic that defined 2020, I’m sure you will agree that it is a blessing to now be looking at the disaster of last year in the rearview mirror.

But if nothing else, we learned last year just how inept our federal government is at responding to a national crisis. Folks, without putting too fine a point on it, if this were the best we could do in the early 1940s we would all be speaking German or Japanese now. So it goes.

In fact, with nearly 350,000 Americans (and counting) being killed by the Trump Virus, we have already surpassed the number of deaths of American military men and women during WW2. Here’s from Business Insider:

The US saw 291,557 battle deaths during World War II, according to the Department of Veterans Affairs.

I wonder how the Trump-supporting mask-holes are getting along with their claims that this pandemic is a hoax, while clinging to absorb conspiracy theories that Biden and the Dems somehow stole the election.

Anyway, I’m reasonably optimistic that 2021 will be better.

It appears that a vaccine for the virus is beginning to make its way into arms of Americans throughout the country.

And we can look forward to the return of some actual Presidential leadership in less than a month — even if the current POTUS has to be carried from the Oval Office in leg irons. 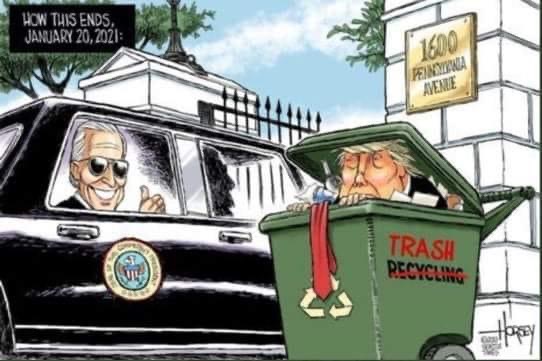 So let’s keep our fingers crossed and hope for the best in 2021. 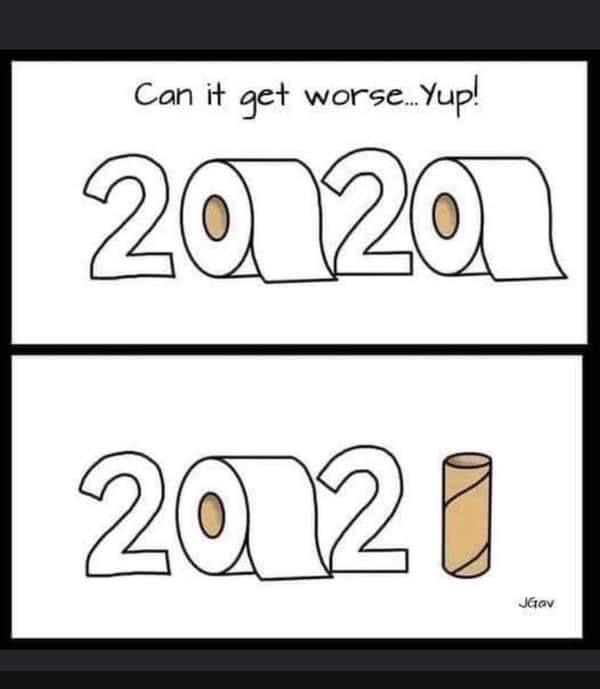